Is There A Safe Limit For Alcohol?

Home Blog Is There A Safe Limit For Alcohol?

Is There A Safe Limit For Alcohol?

NHS figures show alcohol-related problems are at a record high

Alcohol is a problem – there are no two ways about it. The number of people being admitted to hospital due to problems with alcohol has hit a record high in England, new NHS figures show. It has been suggested that the swingeing budget cuts to addiction and prevention services over the recent years are the culprit.

As revealed by The Independent in August last year, spending on drug and alcohol support services across England fell by 16 per cent in the four years to 2017. According to recent figures released by Public Health England, there has been a concurrent 13 per cent rise in alcohol-related hospital admissions over the same period.

Moreover, the number of people being admitted to hospital with drink-related brain damage in Scotland is the highest it has been in ten years, according to Scottish NHS figures.

Scotland has the worst record on alcohol-related illnesses and death in the UK with hundreds of people a week – an average of twenty-two a day – being treated in hospitals.

Last year there were 661 cases of brain damage caused by excessive alcohol consumption; a regular drinking habit can cause problems with memory, learning and thinking.

The NHS recommends that men and women drink no more than 14 units of alcohol per week. The general rule of thumb is that a pint of standard strength beer is 2 units, a pint of cider or extra strength beer is 3 units, a single shot of spirit is 1 unit, and 125 ml of wine is 1 unit. However, home measures are usually more ‘generous’.

This simple rule does not apply to stronger beers and lagers, and many wines nowadays contain 12-14% alcohol by volume and are served in glasses holding 175 ml, rather than 125 ml. The unit content of a drink can be calculated easily by realising that the percentage of alcohol by volume of any drink equals the number of units in 1 L of that drink. For example, a half-litre (500 ml) can of strong lager (8% alcohol by volume) contains 4 units, and an eighth of a litre (125 ml) glass of wine (12% alcohol by volume) contains 1.5 units. However, few people know the strengths of what they drink and the Government is being urged to introduce mandatory, bold, unit labelling on all alcoholic drink containers.

Alcohol Concern UK and Drink Wise have a handy alcoholic unit calculator to help you calculate the number of units that you consume in a week:

The biology of booze

Alcohol is a small molecule and thus interacts with many neurotransmitter systems in the brain. This makes its mechanism of action very different from and much more complex than other drugs such as heroin and cannabis, which influence dedicated systems of the brain.

Alcohol affects both excitatory and inhibitory neurotransmitters, rendering it both a stimulant and depressant.

Its stimulant quality comes from the release of dopamine in the ventral striatum – the region in the brain involved in reward processing. The reward centre is affected by all pleasurable activity, including everything from meeting old friends, going on holiday, winning the lottery, and drinking alcohol.

This artificially-raised dopamine gives you a false sense of satisfaction, a kind of euphoria. This encourages you to keep on drinking to release more dopamine. But of course, all counterfeit happiness come at a price: for every high, there’s an equal and opposite low. The alcohol-induced euphoria is off-set by other neurotransmitters that simultaneously enhance the feelings of depression.

Alcohol acts as a depressant by binding to GABA receptors – the major inhibitory neurotransmitter receptors in the mammalian brain. It also suppresses the release of glutamate, which would normally increase brain activity and energy levels. This is partly why we get foggy thinking, slowed reaction times, and slurred speech when under the influence.

The pathophysiology of alcoholism has come into sharper focus over the past decade. It is now well-known that alcohol consumption can increase blood pressure, damage the immune system, overtax the liver, increase the risk of several cancers, and most insidiously, impair the brain.

The consensus now is that the risks from alcohol start from any level of regular drinking. The purported benefits of alcohol are tenuous at best. Hence, the new Department of Health and Social Care guidelines state, ‘There is no justification for recommending drinking on health grounds – nor for starting drinking for health reasons’.

A recent large study published this year in The Lancet analysed individual-participant data for alcohol use in 599,912 current drinkers in 83 prospective studies in 19 countries. The researchers showed that people who drank more than 12.5 units (100g) of alcohol a week were likely to die sooner than those who drank less than this amount. The results applied equally to women and men.

Drinking more alcohol was linked to higher chances of all cardiovascular conditions except heart attacks, where it was linked to a decreased risk of 6%. However, greater risks from other causes of death outweighed any advantage that might bring.

The researchers concluded: ‘These data support adoption of lower limits of alcohol consumption that are recommended in most current guidelines’. It wouldn’t be surprising if the drinking levels recommended in this study are described as implausible and unfeasible by opponents of public health warnings on alcohol – most notably, the alcohol industry. 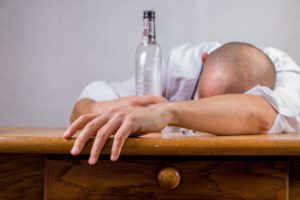 Things that are good in moderation can be dangerous in excess. But it is questionable that alcohol is even good in moderation. It is helpful to note that the guidelines are not purporting ‘safe’ drinking, but rather aimed at minimising the risk of illness. All alcohol consumption carries some risk.

We have all played psychological tricks to undermine conscience, self-restraint and deferred gratification. Drinking modest amounts of alcohol is fine, but let’s not fool ourselves into calling it ‘safe’.

Indeed, lower amounts are safer, and a recent study suggests minimising consumption to no more than 12.5 units per week. But our bodily cells perceive any amount of alcohol as poison – and we should too.

Enjoying The Heatwave? Here Are 10 Healing Benefits Of SunlightJuly 25, 2018
Healthcare For International StudentsJuly 30, 2018