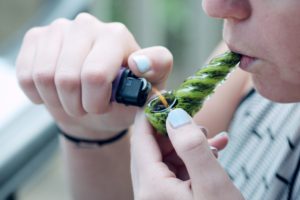 Researchers from UK and Canada carried out a systematic review and meta-analysis that measured cannabis use during adolescence, and evaluated the risk of depression, anxiety, and suicidality during young adulthood.

Among a cohort of 23,317 individuals, adolescent cannabis consumption was associated with a 37% increased risk of developing depression later in life.

The authors note that these findings should act as a warning to families and inform public health policy and governments to apply preventive strategies to cannabis use among youth.

The risks of cannabis 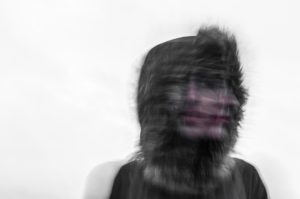 This study, published in the journal JAMA Psychiatry, is the first to quantify the actual risk in this way.

Among the increased risks of depression, the authors also investigated whether there was an association with anxiety and suicide attempts.

There was an increased risk of anxiety developing in young adulthood, but this was not considered statistically significant.

However, teenagers who used cannabis were three times more likely to try to kill themselves. The association between cannabis and suicidal behaviour has also been reported in previous studies.

Short term side effects of cannabis use range from anxiety and paranoia to problems with attention, memory and coordination. This explains why stoned drivers are twice as likely to crash their cars as nonusers.

Mental health problems are one of the greatest long-term effect concerns. Daily users have a doubled risk of developing schizophrenia in their lives compared to the general population, though the risk of other less serious mental health issues is even greater. Other issues include adverse birth outcomes during use in pregnancy and increased prevalence of respiratory diseases such as chronic bronchitis.

This study does not definitively prove that cannabis use causes depression and suicidal ideation. At best, one can only conclude that there is a strong correlation.

This is because of the impact cannabis has on the developing brain.

The adolescent brain is still under development and psychotropic drugs used during this time may disturb neurodevelopment, especially of the frontal cortex and limbic system.

To definitively confirm causation, studies would have to be conducted on young people, which of course is deemed unethical.

However, it doesn’t require a stretch of the imagination to postulate a causative link between a powerful mind-altering drug and mental health issues.

The cannabis leaf has become the symbol of the supposed sovereignty over the self, and propaganda runs rampant on social media to portray it as an astonishing wonder drug. There is thus an urgent need to implement better drug use prevention programs and interventions aimed at educating adolescents to resist peer pressure on drug consumption.