According to the World Health Organisation (WHO), there are nearly 10 million new cases of dementia worldwide every year, with the figure set to triple by 2050.

The WHO evaluated 12 modifiable risk factors and offered advice on how to tackle them. It provides evidence-based recommendations on lifestyle behaviours and interventions to delay or prevent cognitive decline and dementia. 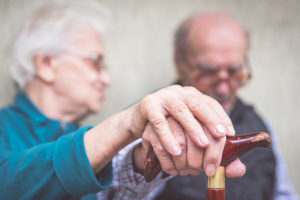 Dementia is not a single disease, but rather an umbrella term that describes a group disorders. It’s a term used to describe a progressive deterioration of intellect and social functioning as a consequence of brain disease. Dementia is usually progressive and eventually severe.

There are over 100 different types of dementia, and any progressive brain disease (including e.g. multiple sclerosis) can include dementia later.

Alzheimer’s accounts for 70% of all dementias, affecting 20% of individuals over 85.

In practice, the term dementia is usually used for patients presenting with symptoms such as problems with memory, speech and understanding, where a general medical cause such as infection or a metabolic disturbance can’t be identified.

Thus, as people get older and live longer, it is increasingly common and not unusual for patients to know others who have suffered, or have a family history of the condition. Although there are some genetic types of dementia, these usually present at a younger age. 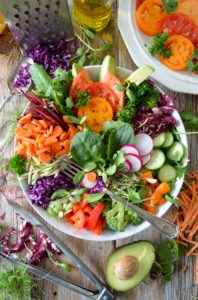 The WHO has launched its first ever guidelines on how people can reduce their risk of getting dementia.

The main takeaways in the guidelines are to exercise more and maintain a healthy diet, with an emphasis on the benefits of the Mediterranean diet – simple plant-based cooking, little or no meat and a healthy dose of olive oil.

Interestingly, supplementation with vitamins B and E, polyunsaturated fats and multi-complex supplements did not make a difference.

People should be looking for these nutrients through food; not through supplements.

There is now ‘extensive evidence’ that smoking and alcohol are risk factors for dementia and cognitive decline.

In terms of other risk factors, the guidelines note the following may be offered to help reduce cognitive decline or dementia:

The WHO did not endorse games and other activities aimed at boosting thinking skills. These can be considered for people with normal capacities or mild impairment, but there’s little evidence of benefit.

While there is no cure for dementia, there is hope that having better overall health could help prevent it.

In summary, the WHO recommends staying away from tobacco, limiting your alcohol consumption, and maintaining a healthy blood pressure through a good diet and exercise.

Danish study shows MMR vaccine does not cause autismMarch 11, 2019
Red meat intake linked with higher risk of death in study of 81,469 adultsJune 13, 2019