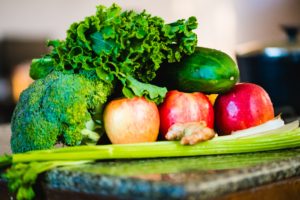 Observational studies and clinical trials conducted over nearly 40 years reveal the health benefits of eating at least 25g or more of dietary fibre a day, according to research commissioned by the World Health Organization. 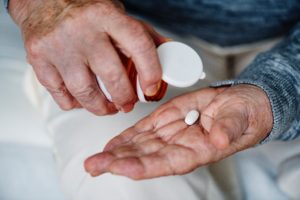 Current UK guidelines recommend that people eat 30g a day, yet only 9 per cent of British adults meet the target. Fibre consumption is even worse in the US, with the average adult eating just 15g of fibre a day.

Higher fibre diets were associated with a 15 to 31 percent reduction in the risk of death and disease. That meant 13 fewer deaths and six fewer cases of coronary heart disease, per 1,000 participants in the studies.

People with diets high in whole grains saw similar benefits, with up to 33 percent reduction in risk, translating to 26 fewer deaths and seven fewer cases of coronary heart disease.

The study, published in The Lancet, one of the most prestigious and oldest medical journals, suggests eating at least 25 to 29 grams of dietary fibre per day to achieve these health benefits. Higher intakes could produce more benefits; however, the authors note that consuming copious amounts of it could have ill-effects for people with low iron or mineral levels.

The research consisted of analysing 185 observational studies and 58 clinical trials that were conducted over nearly 40 years. 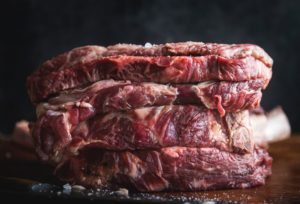 This landmark study is important and timely because the Internet is a wasteland of deranged dietary advice. Quack ‘doctors’, self-proclaimed nutritionists, and – excuse my French – broscience baloney have infiltrated forums, social media and YouTube. In particular, there is a growing trend advocating the carnivore diet. This consists of consuming only animal foods. No fruits. No vegetables. But all the burgers, steaks and pork chops you want, which are often eaten raw by enthusiasts.

This dangerous and stupid dietary advice is gaining popularity, despite it being diametrically opposed to the robust, high quality empirical evidence that continues to emerge in the scientific literature.

For instance, another recent study, also published in The Lancet, showed that Tsimane people (forager-horticulturalist population of the Bolivian Amazon) have the lowest reported levels of vascular ageing of all populations yet studied. It turns out that their diet is largely carbohydrate-based (72%) and includes high fibre foods such as rice, plantain, corn, nuts and fruits. Protein constitutes only 14% of their diet, and they consume very low levels of fat. So much for the carnivore diet.

In summary, recent studies confirm that fibre and whole grain intakes are vitally important for longer term health. If your current diet is low in fibre, increase it gradually to help avoid bowel upset.

Routine Habits That Harm The Heart

Most of us think that if we do not smoke, do not carry extra baggage around the waist, we’ll keep our heart in good health. In a way, we are right, since smoking is a major cause of heart disease (estimated to account for about 20% of all cardiovascular death), and obesity is linked to several factors that increase the risk of coronary artery disease and stroke.

However, there are many other habits that can damage the heart – habits that are so mundane, they are often overlooked. Some habits are plainly obvious, such as eating too much fat, sugar and salt, not exercising, and neglecting regular health check-ups.

It is worth reviewing your everyday habits and learning how you can reduce your risks to prevent heart disease.

When we are stressed, our body secretes adrenaline and cortisol. This increases the rate and force of cardiac contractions and narrows the arteries – a dangerous combination for heart health. In addition to stress, anger and depression can also negatively affect the cardiovascular system. The antidote? Laughter. Interestingly, laughing relaxes and enlarges the arteries, thus promoting cardiovascular health. There is truth in the old saying ‘laughter is the best medicine’ after all.

Research has shown that there is a link between gum disease and heart problems. There are two main types of gum disease: gingivitis, which causes red, painful, tender gums; and periodontitis, which leads to infected pockets of germy pus. Scientists believe that bacteria collected in the gums can cause inflammation in other parts of the body. Thus, poor oral hygiene can increase the likelihood of arteriosclerosis (stiffened arteries) and thrombosis (blood clot). So, brush your teeth at least twice a day and use a mouthwash. Your family and friends may even thank you for it.

Take a break from city life

It doesn’t require a stretch of the imagination to know that the pressing and fast living conditions in a big city can overwhelm your poor heart. But stress is not the only factor. In a study published in The Lancet, researchers looked at the long-term effects of air pollution on the heart’s arteries. Poor air quality leads to accelerated plaque build-up in arteries, leading to heart disease, stroke and high blood pressure. If living in a city is unavoidable, make sure to retreat into the countryside from time to time, even if it’s only for a day or two.

Research in Japan involving more than 500 adults has shown that people who are flexible tend to have more flexible arteries and therefore better regulation of their blood pressure. Flexibility is one of the main components of physical fitness, including cardiovascular fitness, muscular strength and endurance.

So perhaps it is not a bad idea to include yoga or Pilates in your exercise routine. This will have the added benefit of preventing exercise-induced injuries, back pain, and balance problems.

While many chemical elements are essential for life, some such as arsenic, cadmium, lead, and mercury have no known beneficial effect in humans. These elements are confirmed or probable carcinogens, and they exhibit wide-ranging toxic effects on many bodily systems, including the cardiovascular system.

All people have some level of toxic metals in their bodies, circulating and accumulating with acute and chronic lifetime exposures. Research shows that sweating with heat or exercise may help to eliminate these toxic substances.

It can be argued that chairs are detrimental to our health. Indeed, ‘sitting is the new smoking’. According to the WHO, 60 to 85 per cent of people globally lead sedentary lifestyles (i.e. remaining seated for much of the day), making it one of the more serious yet inadequately addressed public health problems of our time. A sedentary lifestyle, along with smoking and poor diet and nutrition, is increasingly being adopted as the norm, which is resulting in the rapid rise of cardiovascular diseases, diabetes, obesity and cancer. For every 30 minutes of sitting still, be sure to walk, stretch or jog on spot for 1 to 2 minutes.

In a previous article, it was stated that the WHO have classified processed meats as a Class I carcinogen. It turns out that these meats, which include bacon, sausages and pepperoni, also increase the chance of having cardiovascular problems. Processed meats not only have a lot of salt, which elevates our blood pressure but large amounts of saturated fat, which contribute to chronic inflammatory diseases.