A new large-scale Danish study concluded that the measles, mumps and rubella (MMR) vaccine does not increase the risk of autism, even in susceptible children. Once again, no links are found.

The study that sparked the storm 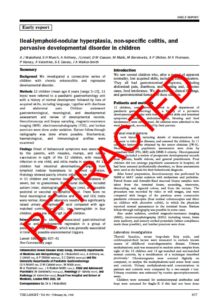 Andrew Wakefield’s famous study, published in 1998, first described a link between autism and the MMR vaccine. A flurry of fear among the public has since found no rest.

However, the evidence of that study is poor and circumstantial at best. There is no attempt made to show a proven mechanism of how the vaccination process could or did lead to the degeneration of behaviour observed. While there is undoubtedly a trend in their data, the authors are vastly overstating the likelihood that this could be a true causal association.

Importantly, this study does not include controls, such as patients with autism that were not vaccinated, neither does it suggest that this type of even-handed study should be done. It appears that the authors have ‘chosen’ a set of patients with autism to reach a presupposed conclusion. This is clear bias and should be accounted for.

Further, the paper was soon retracted as Wakefield was found guilty of fabricating data and violating ethical protocols. The confidence of the authors in their conclusions is thus unjustified.

Despite there being no convincing evidence that the MMR vaccine causes autism, there is an underground faction of concerned parents who believe that it does. One reason for this may be that ∼50,000 children per month, in Britain alone, receive the MMR vaccine between ages 1 and 2 years. This is at a time when autism typically presents. Thus, coincidental associations are inevitable.

The data are in, again

A new large study yet again found no association between the MMR vaccine and autism.

The researchers followed 657,461 Danish children born between 1999 and 2010 and compared autism rates in those who had received the MMR vaccine against those who did not.

In emphatic language they write, ‘The study strongly supports that MMR vaccination does not increase the risk for autism, [and] does not trigger autism in susceptible children’.

In further analyses, they also looked for links between vaccinations other than MMR and autism; again, they found none.

One of the study’s main strengths is the large number of individuals included in the analysis. As the authors write, the study’s size allowed them to conclude that ‘even minute increases in autism risk after MMR vaccination are unlikely’.

So, what causes autism? 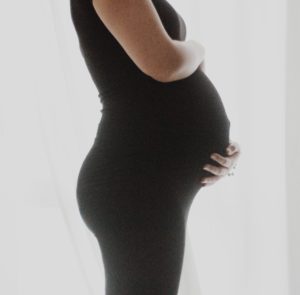 The aetiological basis of autism is predominantly genetic, and the apparent rise in diagnosis has more to do with increased awareness of the condition and changes in the diagnostic criteria. Nevertheless, while mutations in some genes are strongly implicated in autism, most associated variants confer modest increases in risk.

These genetic variants of small effect sizes can have a significant impact when present in certain combinations, or even lower the threshold of one acquiring the condition with exposure to environmental risk factors.

The answer to what causes autism is unlikely to reside solely in genetics. Recent studies suggest that environmental factors can cause autism, but this is most likely to occur in utero (during pregnancy). This is important because some parents are concerned that things such as high pollution or vaccines cause autism postpartum.

With the continued generation of high-quality empirical evidence, the fears surrounding vaccines might, one day, be eradicated once and for all.

The bottom line is that whatever the cause of autism may be – genetic or environmental – it is likely to take effect during foetal development. Thus, a person with autism is born with autism.